Signs Your Chimney Needs Repair: How To Know When It's Time

Chimneys are an important part of many homes, especially those with fireplaces. They provide ventilation for the fireplace and keep the smoke and fumes from entering the home. However, chimneys can also be a source of problems if they are not properly maintained.

This article highlights a few issues that your chimney might develop with time.

One of the most obvious signs that your chimney needs repair is when you start to see missing or crumbling bricks. This can be due to several reasons, such as water damage, poor construction, or even just age. For example, if there are any cracks in the chimney, water can seep in and cause the mortar to degrade. This can lead to the bricks falling out, and eventually, the chimney will collapse.

Another possibility is that the chimney was not built properly to begin with. In this case, the bricks may not be adequately supported and start to crumble over time. This is a serious issue because it can cause the chimney to collapse without warning.

Whatever the cause, it's important to have this fixed as soon as possible to help avoid any unexpected hazards.

The chimney crown is the concrete or metal cap that covers the top of the chimney. Its purpose is to keep water from seeping into the chimney, which can cause damage to the bricks and mortar. Over time, though, the chimney crown can become cracked or damaged, which lets water in and causes problems.

One sign that the chimney crown is damaged is if you see water stains on the ceiling around the chimney. This means that water is seeping in and causing undetected damage. Another sign is if you notice any cracks or chips in the chimney crown itself. This can happen if the chimney was built with a poor-quality concrete mix or if it wasn't properly cured.

If left untreated, a damaged chimney crown can lead to more serious issues, such as leaks, mold, and even chimney collapse. In fact, mold can start to grow sooner than you think, so act quickly if you see any signs of damage.

If you think your chimney crown is damaged, it's best to have a professional take a look. They can assess the damage to figure out the best course of action. Oftentimes, all they need to do is patch up the cracks or replace a few bricks.

However, if the damage is more severe, they may need to rebuild the chimney crown entirely. This is a more involved repair, but it's still better than ignoring the problem and risking collapse.

Reach out to a chimney masonry repair contractor to learn more. 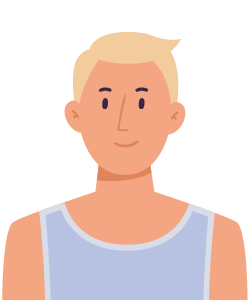 Sometimes, things go wrong. Your house may be hit by floodwater, or a pipe may explode in your walls, causing water damage. Or perhaps a small fire broke out in your kitchen. When your home is hit by water, fire, or smoke damage, you need to respond appropriately to limit the damage to your home. At Restoration Detail, we understand how the restoration process works, and we want to make sure that you understand how the restoration process works. Through various articles, we are here to educate you on what to do when your home is damaged and how to navigate the restoration process, so you can get your home looking just as nice, if not better, than before. The next time something goes wrong and your house is damaged, you will know what to do.

What Determines The Severity Of Water Damage? - 5 January 2023